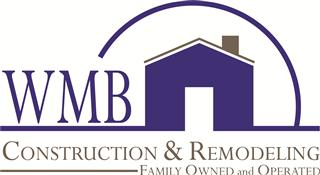 Four insects that can destroy your home

Nothing is worse than having your largest investment detroyed by unwelcomed pests. Damages range into the trillions every year due to the destruction that these insects cause. In most cases the damages will be invisible until it is too late. Insects working together by the thousands can consume your home from the inside out leaving you with repairs that can range in the thousands.

Here is a breakdown of your homes four most destructive insects:

Origin: Many species of these ants are native to North America, with several species seemingly the most likely to invade structural wood members.

Biology: The usual habitat of a colony of carpenter ants is within wood, often wood buried or partially buried in the soil. They also commonly establish “satellite” colonies that may be in a structure, maintaining contact between the two colonies with the workers who travel to and from over well-defined trails. Generally there is a single queen in the colony but often supplementary queens as well. Colonies typically are around 15,000 workers when mature, but potentially could be over 100,000 workers. Foods are both carbohydrates and protein, with insects a major part of the diet. These are single-node ants without a stinger, although they are capable of biting. As they expand their colony they eject “frass”, which is wood chips and other debris such as leftover insect parts. This frass is often seen in structures before the ants are, as they are primarily nocturnal in habit. Carpenter ants are also typically polymorphic, with various sizes of workers in the colony.

Characteristics Important in Control: Reduction of excessive moisture in the structure and removal of unnecessary wood materials outdoors will reduce the attraction of an area.

Origin: Six species of native termites in this genus occur in North America, occurring throughout the country in all states and in Canada. These are the common and destructive soil-dwelling termites.

Biology: With very rare exception colonies are located in the ground, with foraging done from these colonies into structures or other wood sources. There is a true worker caste, with adult workers, soldiers, and alates in the colony. It is possible that a colony can have up to two hundred thousand workers or more, and several separate colonies may exist near and be foraging in a single structure. Swarming by the alates may consist of many hundreds of alates from the colony, and many colonies in an area releasing swarmers simultaneously. This usually occurs in late morning to mid-day on a sunny day following a rainfall. Most swarming is in the spring, but fall swarms are also common, and a colony will be at least 3 years old before it produces swarmers. The wings are shed shortly after the flight takes place.

Identification: Alates are a shiny dark brown to black, and have both a fontanelle as well as a single ocellus near each compound eye. The antennae have less than 18 segments. The wings are very light colored to white and are without hairs on them. There are 2 thickened veins that run parallel to each other from the base to the tip along the leading edge of the wing, and numerous short veins connect these two long veins. Soldiers have head capsules that are as long as the rest of the body and the sides of the head are parallel. The jaws are symmetrical and without teeth along their inner margin, and they remain parallel to each other without having the tips crossing.

Characteristics Important in Control: Control is primarily by soil applications of residual insecticides, either as pretreatments or as treatment post-construction. Termite bait products may prove to be effective in eliminating underground colonies altogether. Control of excessive moisture conditions and unnecessary wood materials under or near the structure are preventive measures.

Biology: Yellowjackets are social wasps, with a Queen that initiated the colony and female workers that build the nest, care for the young, forage for food, and defend the colony. Colonies typically begin each spring and die off each fall in cooler climates, but may survive over the winter in warmer climates. The population of the colony easily grows too many thousands of workers by the end of the summer, at which time males are produced, mating with new queens takes place, and these fertilized queens then over-winter in protected locations. Adults feed on sweet liquids such as honeydew, nectar, fruit juices, or human foods such as sodas. They also relish a sugary material exuded by the larvae. The larvae are fed meat, and natural sources are insect larvae or bits of flesh from dead animals. As scavengers the workers also gather human foods at outdoor eating areas. The workers are all able to sting repeatedly, and very aggressively defend their colony from perceived intruders. Nests are placed either in aerial locations, including trees, shrubs, wall voids, or attics, as well as in the ground, where workers enlarge holes they find to accommodate the growing colony. The nest is created from cellulose gathered from tree bark, dried plant materials, or other sources, mixed with saliva, and formed as the hexagonal cells for the larvae.

Identification: Yellowjackets are very similar to the other social paper wasps called Umbrella Wasps, but differ by having no narrow waist between their thorax and abdomen. Colors are yellow and black, and specific identification of each species is done with differences in the patterns of the black patches around the eyes and head as well as on the abdomen. Yellowjackets, as wasps, have 2 pairs of wings that are dissimilar in size and shape. This separates them from many species of flies that mimic wasps, where there is only 1 pair of wings.

Characteristics Important in Control: Elimination of attractions such as spilled food materials or rotting fruits in gardens will help to prevent the presence of yellowjackets. If they are nesting within a structure the nest itself or openings the workers use for entry may be treated. Trapping will capture many of the foraging workers around human activity areas, but is unlikely to cause a large reduction of the nest population.

Biology: Carpenter bees are solitary bees that get their common name from their habit of boring chambers in solid wood in order to create living quarters for their larvae. Softer woods such as redwood may be preferred, and the wood is not eaten, but instead is reduced to sawdust (“frass”) which is ejected from the tunnels. The female bee does the excavating, and several females may be working in the same section of wood and using the same entrance hole, but creating separate galleries. Males and females over-winter in old galleries and emerge in the spring to mate. They will both die before the end of the summer and it is their offspring which begin the next year’s activity. The galleries may be used repeatedly, with each new female lengthening the tunnel, which often can be over 10 feet in length. She creates an average of 6 or 7 cells, each separated by a plug, and places an egg and a food supply of pollen and nectar in each cell. Once this is completed she never returns to care for the larvae.

Identification: There are several species of carpenter bees that are fairly small, but the common Xylocopa species that may invade structural wood are some of the largest bees in North America, with some of the largest over an inch long. Coloring normally is shiny metallic blue-green to black, although the male of the Valley Carpenter Bee is light tan. They may be separated from bumblebees by the relative lack of hairs on the abdomen, as well as by their more rapid, erratic flight habits Damage from these bees is hidden within the wood, often with only the round entrance hole visible. Within the wood the galleries extend with the grain of the wood, and are almost perfectly round, ending with the cells in which the larvae develop.

Characteristics Important in Control: Surface coatings of paint or varnish are somewhat repellent, but not always. Injection of a residual dust insecticide into the gallery opening, followed by placement of a plug in the opening, will confine the bees to this treated area if done at night. Holes can then be permanently sealed.

Always pay close attention to what creatures are making a home inside your home. Over many years, WMB Construction has professionally removed and eliminated insect damages in a quick and clean matter. Click below if you have had insect damage and need professional services to correct the problem.